Does the senior team at your company talk about superior service and the importance of going the extra mile for customers?

If so, how many actually walk the talk? To steal an immortal line from the former Texas governor Ann Richards used when describing George W. Bush, its typically, “All hat, no cattle.” Or more aptly, “All powerpoint, no action.”

I recently received a message from a good friend named Eileen Scully. She shared a heartwarming story from her friend Michael John Mathis. Michael had posted the following message on Facebook recounting an episode of lost glasses on a train:

I just experienced possibly the very best customer service of all time.  A few weeks ago, I accidentally left my beloved Warby Parker reading glasses on the Acela. Annoyed, I bought myself another, identical, pair the following day. Today I received an unexpected package containing not one, but two pair of those same reading glasses, a copy of “On The Road” by Jack Kerouac and the following note:

“Hi Michael, This might be odd… but you sat across from me on the train ride from NYC to Boston a few weeks ago and left your glasses on the train! As luck would have it, I happen to be the GC of Warby Parker, and there is nothing I like more than a good mystery… I hope these find you in good health! (also, we noticed your lenses were scratched so we made you a fresh pair!) Sincerely, AK

I am so impressed! What a remarkable person and company. They have a customer for life! 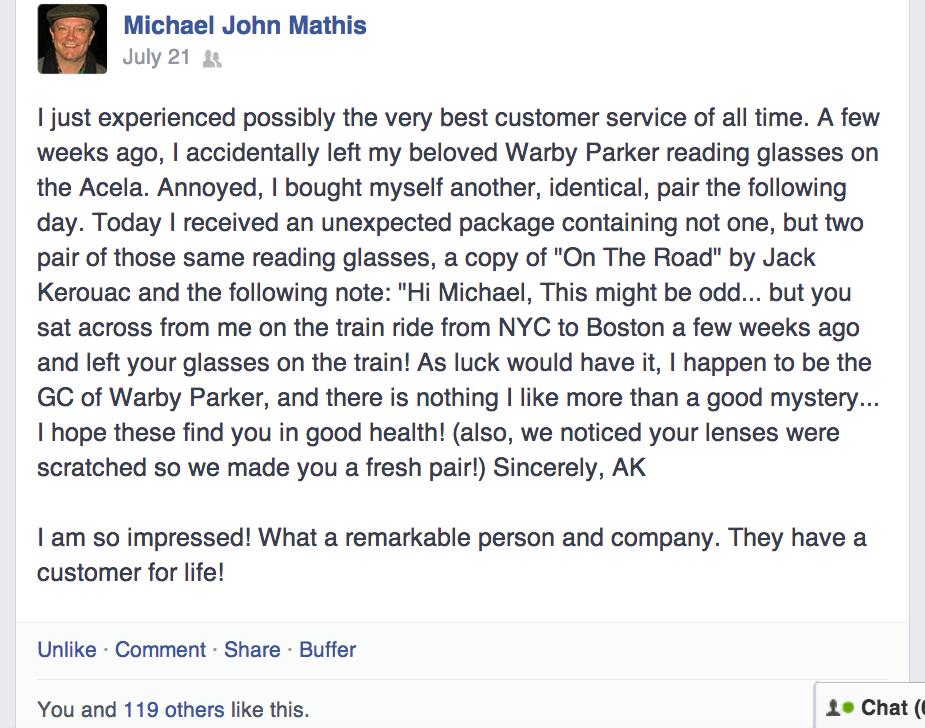 A little background for reference. AK is short for Anjali Kumar. A few points to share about Anjali and Warby Parker. Last year Warby (a B corporation) hit the 500,000 pair mark. Similar to TOMS Shoes, they give away one pair for every pair purchased. Anjali gave a stirring TEDx talk last year called Transform the Norm. The name Warby Parker is derived from two different characters created by Jack Kerouac: Warby Pepper and Zagg Parker. 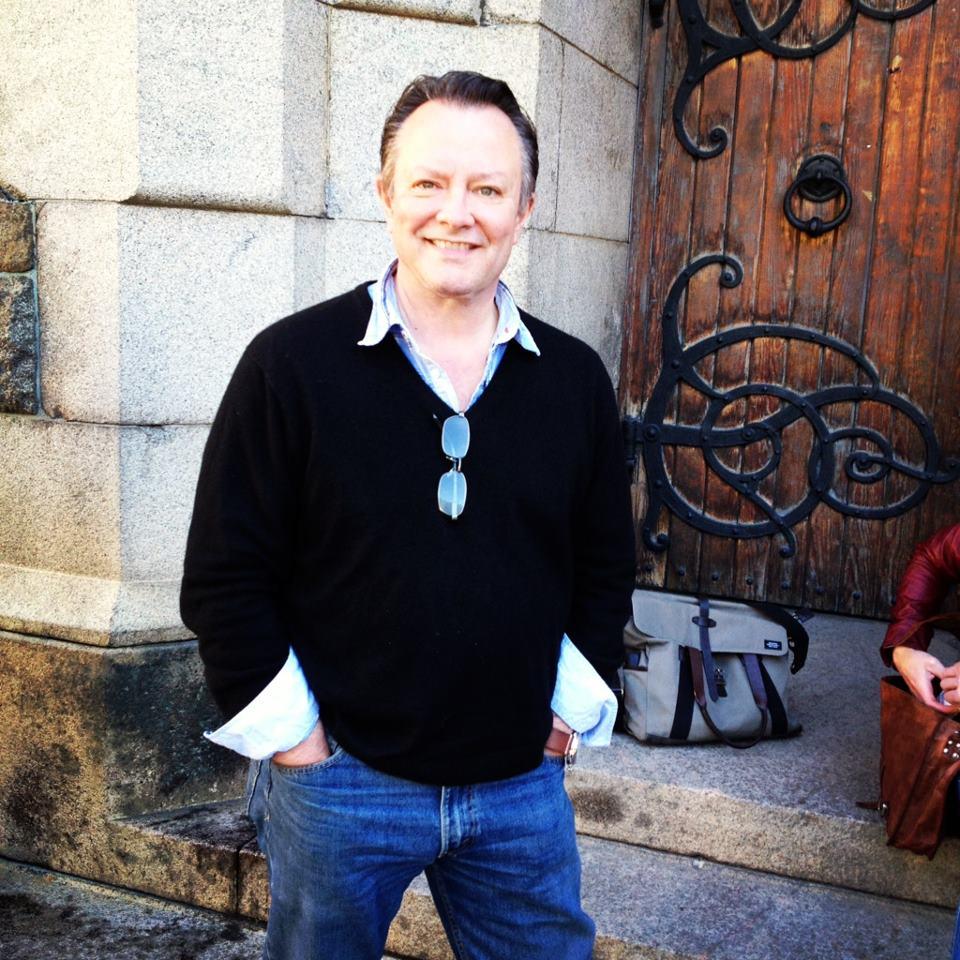 So, how did Anjali find Michael John? Of the 45 comments on his Facebook post, the majority focused on how impressive the act was. The superlatives included: GREAT! WOW! INCREDIBLE! AMAZING! UNBELIEVABLE! and my favorite because it hits close to home, “And from a lawyer even! Go figure!” But there were a few of the comments that focused on how this happened. Here’s an exchange between Michael and one of his friends:

NR: THAT’S AMAZING! I’ve heard nothing but great things about them. My co-worker – Mr. Skeptical had 20 questions though – like how did he get your name and mailing information?

Michael John Mathis: NR, I imagine it was not that tough – just very kind. Not that many pair of that style, in that exact prescription, sold to a guy in NYC, plus I ordered another pair the following day online. That plus a quick check of a photo on facebook or linkedin to be sure I had been the guy sitting across from her on the train.

NR: SO AMAZING! My co-worker is young and fearful of those that do good – he still has 20 questions and I’m like are you kidding me can’t you just accept that there are good people in the world.! NICELY DONE AK OF WARBY PARKER!!!!!!!

Personally, I could care less about the how. I’m with NR. I’m just going to accept that there are good people (and senior executives like Anjali) in this world.

Today’s Lagniappe: (a little something extra thrown in for good measure) – Here is Anjali’s TEDx talk on how to transform the norm: