In the 1970’s the psychologist Irving Janis coined the term “group think” to explain why group pressure results in poor decisions, or, as he explained it, why groups show:

A deterioration of mental efficiency, reality testing, and moral judgement

That is a little more erudite than the way I would put it, but the phrase describes the phenomenon beautifully.

Do you suffer from group think?

If you are a little unsure if your organisation is affected, Janis went on to document eight symptoms of “group think”, you may recognise a couple of them:

Group think is a bit of a joke.

Nobody could possibly be that stupid.

But group think is really no laughing matter

In 1978 at a settlement called “Jonestown” buried deep in the jungle in British Guyana, 912 members of the American cult “Peoples Temple” died. Some of them were shot; some were forced to drink poison, but the vast majority committed suicide.

280 of the dead were children.

The mass suicide happened on the instruction of the cult’s leader, Jim Jones.

It is a horrific tale, how could so many people think that suicide was the right idea and shoot anybody who dissented? All because of one influential man and a psychological phenomenon.

That is the terrifying power of group think.

The truly worrying thing is, as Scott Adams so nicely pointed out, we all suffer from group think, to one degree or another. It is human nature.

How do you overcome human nature?

If you manage a team and are keen to avoid group think (and I kind of think you should) then there are a number of things you can do about it:

Unfortunately all of these tactics are reliant on you, as the manager, having the strength to know when to listen and keep your mouth firmly shut.

And as I know to my cost, trying to do that well is really no joke. 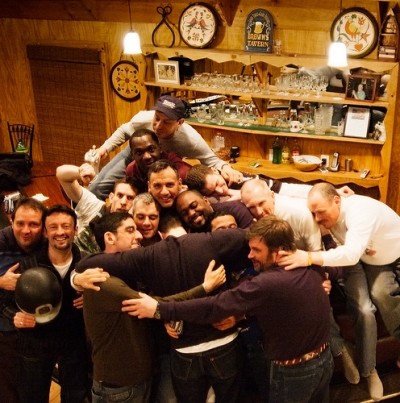