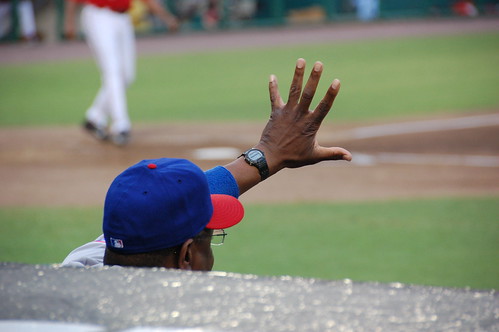 I was lucky enough to attend Collision, a tech and start up conference in New Orleans just over a week ago.

Now, a pure tech and start up conference is not usually my thing so whilst there were all sorts of fascinating start-ups, interesting applications of technology and enthusiastic entrepreneurs, it was the speakers and the talks that really stood out for me.

With that in mind and viewing the conference through a customer experience lens, here’s a few highlights:

1. Should We Actually Be Talking About Trust and Authenticity?

Back in January, I wrote a post called The Implosion Of Trust And What To Do About It, where I discussed the findings of the 2017 edition of the Edelman Trust Barometer, which found that over the course of the last year that there has been an implosion of trust in ‘the institutions of business, media, government and NGOs’. Therefore, during a panel on authenticity, trust and emotion st the conference one of the most memorable comments came from Damian Bradfield, President and CMO of WeTransfer, the largest file sharing service in the world, who commented that:

“if we are having a conversation about authenticity then we already have a problem.”

It’s a great point by Bradfield and one that organisations and brands should heed. Trust and authenticity is not just another ‘initiative’, it comes about as an outcome of doing the right things, at the right time, in the right way for the right reasons.

2. Building Customer Loyalty Is Not Just About Programmes and Rewards

Building increased and sustained customer loyalty is a perennial challenge for any growing and healthy business. But, too often organisations and brands default to loyalty ‘programmes’ to try and boost and maintain their customers loyalty. However, during a panel on loyalty, Matt Staneff, SVP of Customer Loyalty, T-Mobile USA offered a refreshingly different view where he talked about how T-Mobile USA had improved their customer loyalty not through a new programme but by asking their customers both what they liked and what they hated and they then set about fixing the things that they hated, including removing things like the need for contracts for many customers. According to Staneff, this has had a significantly positive impact on their overall customer loyalty. I believe that Staneff and his team should be commended for developing a sophisticated view of how loyalty is earned and kept, rather than just treating it as something that can be ‘bought’.

3. Conscious Consumption Is A Rising Force And Is Growing Fast

Whether it is a value that is affixed to millennials and/or one that is associated with ‘green’ consumers, conscious consumption is a force that is growing in both prominence and numbers. This idea is supported by research from Mozilla, the organisation behind the Firefox browser, which has found that there is a body of customers who ‘approach their affiliations and consumer decisions carefully’, ‘aspire to align their action to their values and ideals’ and ‘try to ensure that their actions have impact’. More interestingly, Mozilla’s CMO Jascha Kaykas-Wolff commented on a panel that their research also showed that this body of ‘Conscious Choosers’ represents an estimated 21% of the addressable internet population and it is growing at a faster rate than the overall internet population.

This rise in conscious consumption was exemplified by Rick Ridgeway, VP of Public Engagement at Patagonia, who, in another talk, discussed the success of their wornwear.com initiative, which allows customers to repair, reuse, resell and recycle garments at the end of their life. When they launched the initiative, it proved so popular that they sold out of their initial stock of used and reconditioned products in 36 hours. Moreover, they consider that it will fast become an increasingly important part of their business as resale of reconditioned used products are currently growing at a rate of 25 times faster than the sale of their regular products.

4. Should We Be Replacing Design Thinking With Design Doing?

The use and impact of design thinking in helping organisations deliver a much improved customer experience has been a hot topic over the last few years. However, Joe Stewart, Founding Partner of Work & Co, suggested that the way that design thinking is currently implemented in many organisations is broken because, whilst most initiatives generate a lot of ideas and a pile of colourful post-it notes, there tends to be no tangible outcome. Instead, he suggests that organisations should focus on more ‘design doing rather than design thinking’, where rather than handing off the pile of post it notes to a set of designers to do the work of sketching and developing prototypes, all stakeholders should be involved in the sketching part of the process as that is where the real thinking and strategic decisions are made. He goes on to say that a sketch doesn’t need to be beautiful, it just needs to communicate how something should work and what should be included. It is then up to the design team to turn that into something that is both attractive and usable. The final insight comes from Mozilla’s CMO, Jascha Kaykas-Wolff, who suggested that a large part of the narrative in marketing circles these days is focused on the application of big data, analytics and marketing technology. However, he cautioned that big data and a growth engine is no replacement for the hard work of real research, product development and testing. In fact, he went on to say that big data is in danger of making marketeers lazy. I see this issue come up a lot in conversations with many of the companies that I talk to and work with, where too many people and organisations are looking for ‘shortcuts’ and, in many cases, they see big data as offering the promise of that. That’s dangerous and marketeers should heed Kaykas-Wolff’s words of caution.

Overall, the conference was a lot of fun and offered some fascinating insights and lessons. However, whilst it might have been a conference focusing, primarily, on technology and start-ups, these customer experienece insights offer lessons for organisations of any size that want to design and deliver a market-leading customer experience and build better relationships with their customers.