RadioShack has filed for bankruptcy.

Call me naïve, but I really don’t think this had to happen.  I realize I’m ‘Monday Morning quarterbacking’ (Why DID Seattle throw that pass on the one yard line?!?!  I digress….) but RadioShack had made some bad choices.

RadioShack’s bankruptcy, which has been expected for months, follows 11 consecutive unprofitable quarters as the company has failed to transform itself into a destination for mobile phone buyers. Its sale agreement with Standard General could spare it the fate most retailers suffer in Chapter 11 – liquidation.

A destination for mobile phone buyers.  Seriously?  You can get a cell phone at WalMart for pete sakes!

RadioShack made multiple attempts at rebranding, as if a logo or name change was going to pull them out of obscurity. It wasn’t enough.

As someone who has literally gone to RadioShacks my whole life, the one thing that RadioShack fell away from was what made it famous in the first place.

RadioShack was trailblazing as a Maker store long before people even used the term “Maker.”   Yet, as the years passed, the only things that qualified as maker-esque were buried in the far corners of the store, literally collecting dust.  Most employees, it seemed, liked techie stuff, but weren’t that well versed in maker-esque components that were on their shelves. 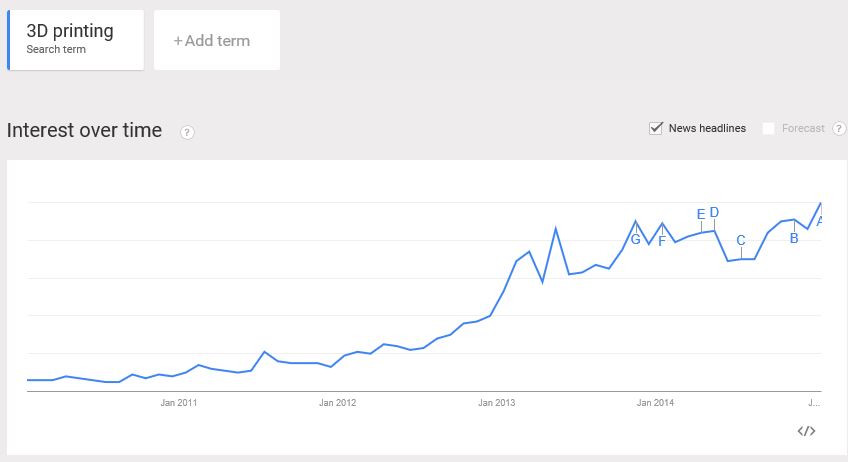 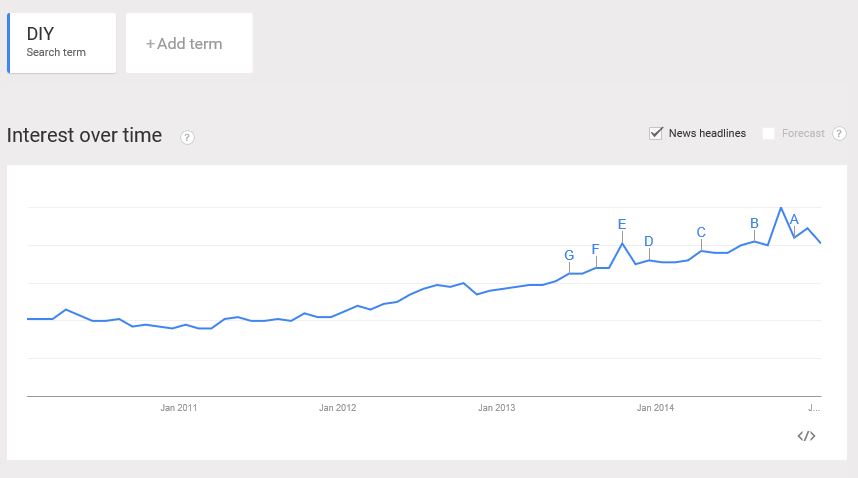 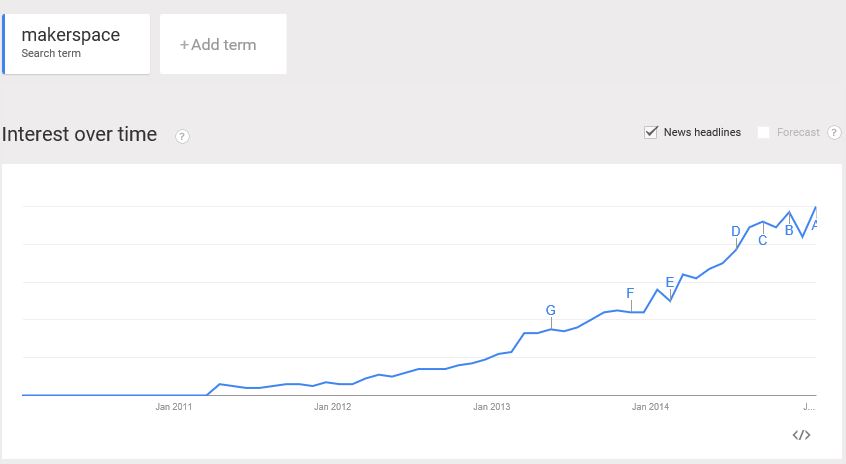 Every trend is going up.

But, not this one: 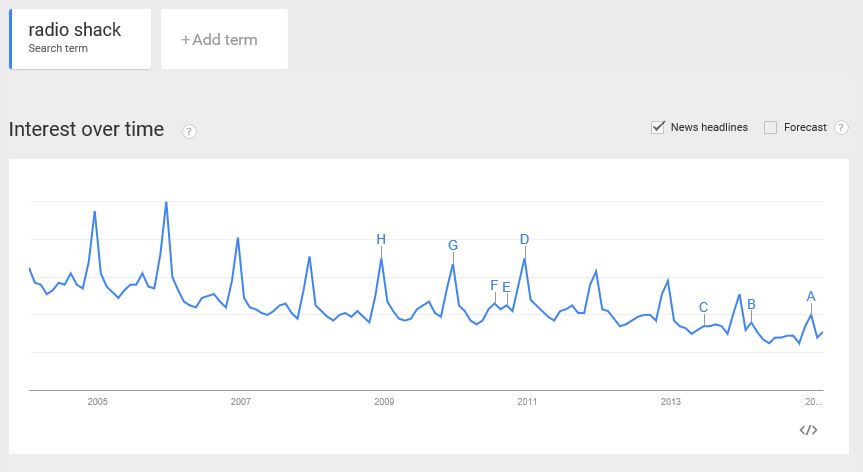 RadioShack Over the Last 10 Years

RadioShack oozed…well, I’m not exactly sure what, and that’s the problem, and people sensed it.

Did you ever walk into a RadioShack and  feel that you were in the Kingdom of Possibilities – a place where you could make anything and the people there were committed to helping you do it?  I’d walk up to the counter at RadioShack with an armful of electrical supplies for a project I was working on, and the store clerks would tell me about the great deals they had on phones and batteries. What did  that say?  It said: “Thanks for spending all that money on interesting electrical stuff, but we’d really rather have you buy cell phone stuff.”

I’ve always wanted to start a maker space in my environs. I’ve also always thought that RadioShack would be a great sponsor.

Maybe after the restructuring, they’ll think so too.

What B2B E-Commerce Customers Want and How to Deliver It

The curse of the one-dayer in ESG

How to Discount Less Often When Price Pressure is High