Q: What’s the similarity between cars and data?
A: They should both be cleaned every two-three months.

A recent report by Intelligent Car Leasing revealed that over a fifth of Brits never clean their cars resulting in the interiors becoming a breeding ground for bacteria (not great in the middle of a global pandemic), and the exteriors becoming a safety hazard due to dirty windows and mirrors. Not to mention the fact that dirt can wear away paint leading to rust and eventual structural breakdown. 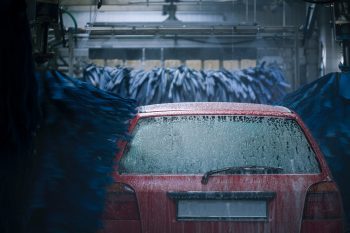 The benefits of regularly cleaning your car are clear to see and most people (the ones that do have a regular cleaning routine will go the whole hog – inside and out, rather than taking the bitty approach – windows one day and hoovering the interior the next.

With data on the other hand, another entity which should be cleaned on at least a quarterly basis; as recommended by the DMA and ICO, many organisations take the piecemeal approach.

Most marketers when asked would love the ability to clean their entire customer database on a regular basis as not only would this help them to demonstrate their commitment and adherence to GDPR, but also it means superior targeting and better decision making. But the reality is that few do. The majority do it on a campaign-by-campaign basis due to cost.

This campaign-by-campaign approach means that when executing marketing campaigns, the target audience is defined first and then people within the database that fit the profile are selected. Then, and only then, is the selected data cleaned. The rest of the data is ignored.

However, this method means that marketers run the very real risk of missing key prospects, reducing ROI and leaving money on the table. Our estimations suggest that up to five per cent of prospects fail to be selected because the data is not cleaned before the selection process. For instance: Prospect A was added to the database three years ago when he was 28. At the time he had a girlfriend but lived in a shared house with mates. So far, he has never been selected for a mailing campaign because he doesn’t fit the profile. However, in the intervening years he has had a promotion, changed jobs, got married, had a baby and moved to a new house. He is now a very attractive prospect, but he gets ignored because it is never flagged that he has moved. This happens a lot.

Ironically, the cost of cleaning a database upfront would be more than covered by the incremental revenue gained by targeting these missed prospects, but still the cost is seen to be too prohibitive. The risk/return profile is too uncertain.

Until now. The data hygiene sector is changing and instead of paying on a per record basis it is now possible to pay for data cleaning on a subscription basis whereby the cost is calculated on an average matching basis. This means that brands would not only make a saving on their hygiene bills but bolster the bottom line simultaneously. A win win!