Your brain is finite.

Your brain is roughly the same size, shape and weight as a cauliflower. There the similarities end. Your brain is — I hope — physiologically more sophisticated than your average brassica.

Some people’s brains, like cauliflowers, are bigger and better developed than others. But everybody’s brain, no mater how big or powerful, is finite. And therefore, so is their intelligence and wisdom.

You and I only have so much capacity for thought.  We can only hold onto so much information.  For the sake of mild amusement — very mild — let’s call our brainpower 1 cauliflower processing unit or CPU.

All the products and services we rely on are a representation of somebody’s brainpower.  Their thoughts, knowledge and know-how.

The products and services that surround us are the tangible expression of somebody’s knowledge or know-how.

Products and services develop as we add more brainpower or knowledge to them.  Combining ideas creates new ones.

The economist Mariana Mazzucato listed the twelve core technologies that make the iPhone work. Everything from the internet, via touchscreens to voice recognition. Steve Jobs, brilliant as he was, didn’t invent any of them.  He just joined them.

If it wasn’t for this constant building on ideas and their tangible expression as products of services we wouldn’t have progress.  As we combine ideas, society becomes more advanced.

One CPU isn’t up to the job

We have long since passed the point when we could fit all the knowledge and know-how we rely on every day into our single CPU.  In his TED talk “How I Built a Toaster From Scratch” Thomas Thwaites shows how reliant we are on the knowledge of others.  He failed spectacularly to build an object as cheap and simple as a £3.49 toaster.

Imagine how difficult it would be, starting from scratch, to create…

The world has become infinitely more complicated than a single cauliflower can ever cope with.  And it keeps on developing.

There are so many “so whats?”, but let me whet your appetite with three:

1. Your boss doesn’t know everything

No matter what he says.

Anybody who thinks they can see all the angles and know all the answers is a clown.  There is something faulty with their CPU, it runs on real cauliflowers.  You would be wise to steer clear of a boss who professes to know everything.  Find one who understands their limits and has the humility to ask what others think.

2. The “best people strategy” is for fools

One person’s cauli isn’t even a rounding error.

The only (and only is a big word) way to improve the product you make, or the service you offer, is to network the CPU’s.  That is a fancy way of saying cooperate with others.  Share and combine what they know with what you know.

Build on each others knowledge.

If you want to improve

Create an environment where your:

Are designed to foster, build, enforce and maintain cooperation.

Anything that prevents cooperation, creates rivalry, dilutes focus, drives “not invented here syndrome”, or makes people claim that nothing can be improved, should be stopped.

It just slows you down.

How good is your organisation?

Does it network the CPUs?  Or is it full of people with cauliflower between their ears? 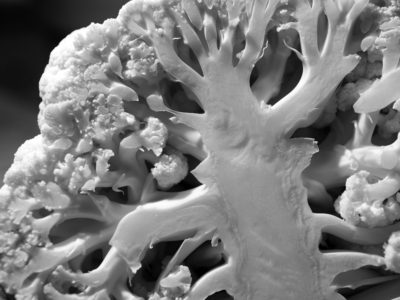