Blockchain technology has been around since the early days of Bitcoin, which debuted in 2009 as the world’s first decentralized Cryptocurrency.

Yet, it is more than just digital currency. Blockchain is a distributed ledger technology that can revolutionize modern business.

But how fast will blockchain technology make its mark on the business world?

According to Statista report, Blockchain will grow massively within the next few years. Currently, this industry is expected to reach $39 billion by 2025. 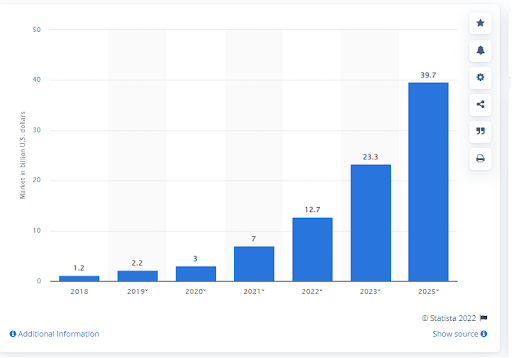 Blockchain Use Cases in Real Business

1. NFT Marketplaces Are Taking Over

Non-fungible tokens (NFTs) – sometimes called crypto-collectibles – are not a new idea, but they’re gaining steam. According to Google Trends, the interest in NFTs skyrocketed in 2021.

Non-fungible tokens are primarily used for video games. The most popular is CryptoKitties, which allows players to buy, sell, collect and breed virtual cats.

Each cat has unique features and looks, and players can even sell them for a profit.

Besides games, NFTs can be used for digital advertising, creating user rewards, digital ticketing, and more. Its market is distributed in different categories like Art, Sport, Utility, etc. 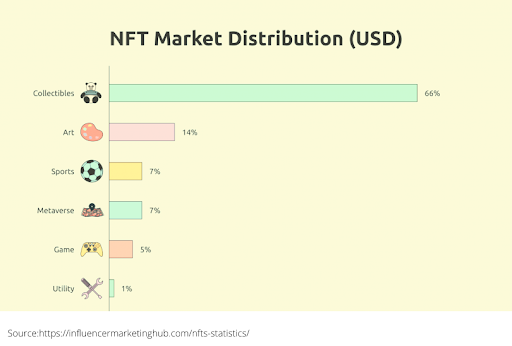 2. Blockchain in Supply Chain and logistics

Supply chain and logistics is a million-dollar industry that can benefit from blockchain technology.

According to the blockchain development company report, the global market for the blockchain supply chain industry was worth US$253 million in 2020 and is projected to reach US$3,272 million by 2026. The annual growth rate of this industry is predicted to be 53.2%. 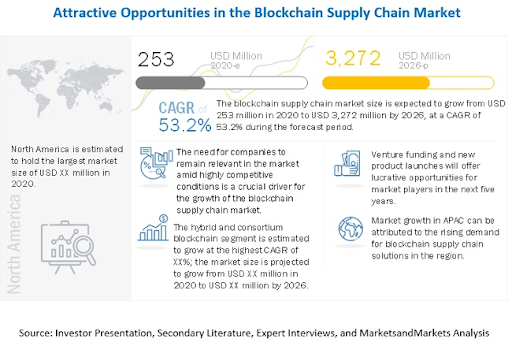 For example, Walmart is already testing blockchain technology in its supply chain to track food shipments.

Medical records are a hot target for hackers, especially when centralized databases host all of your health information. With blockchain technology, medical records can be accessed only by those you authorize—not just anyone with internet access.

The result is greater security and more efficient data management transparent to all parties involved. As well, healthcare providers can enjoy better coordination between various entities.

Even though Blockchain in healthcare is still in its infancy, it’s gaining ground fast.

According to a market survey, the global Blockchain in the healthcare market is predicted to grow at 52.1% for the next five years because of its many use cases in healthcare. 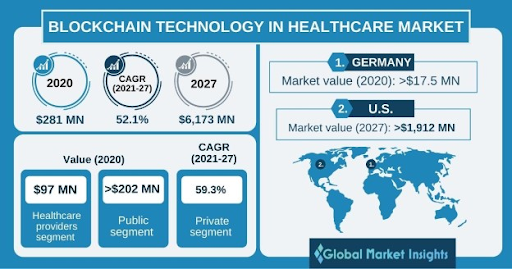 Online cryptocurrency exchanges allow you to buy and sell one coin for another. You can choose between fiat and cryptocurrencies, where your transaction is performed via a blockchain ledger.

Cryptocurrencies can be used for anything from making international payments to gambling. With the increasing number of online exchanges, they have become more accessible than ever before.

Besides, Cryptocurrency is fundamentally changing global finance, and that’s because it does three things exceptionally well: It cuts out expensive financial middlemen (banks), allows for anonymous money transfers (which improves security), and uses a decentralized currency supply, which promotes price stability.

According to CoinMarketCap data, as of January 2021, the total number of cryptocurrencies globally is 7,812. They have a combined market capitalization of $324.716 billion. Meanwhile, Coinlore reports a different total global cryptocurrency count of 6,241. 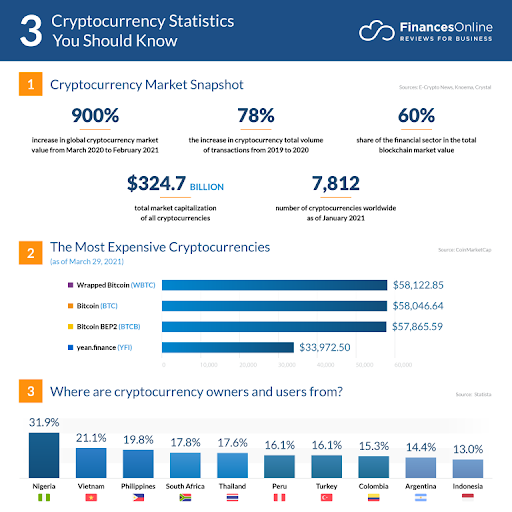 The answer to how many cryptocurrencies or crypto coins exist is indefinite. However, a safe bet would be around 5,000. (Source: E-crypto News) Moreover, the global cryptocurrency markets are booming, increasing by over 900% in the last few months.

With the increased use of smartphones and consoles and cloud penetration, the market has a bright future ahead of it. 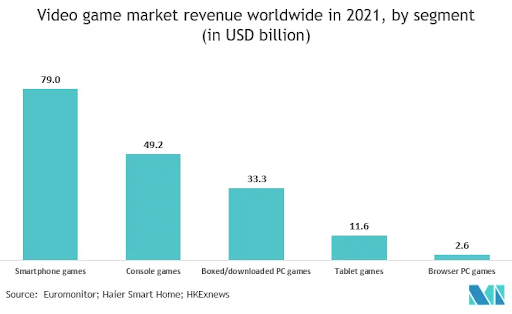 An interesting new trend in games is to use blockchain technology and Cryptocurrency to reward players with digital assets that have real value. For example, when gamers play a match of Etherbots—an Ethereum game that lets players build and sell battling robots. They receive in-game currency that can be used to buy new features for their bots.

The essential advantage of the technology is that it provides players with ownership and actual digital scarcity. In turn, players can sell their in-game assets to other players for real money.

IoT devices create an incredible amount of data every day, but it isn’t beneficial if there isn’t a way to harness that data. Blockchain offers a decentralized platform for large companies and organizations to store and share information that might otherwise be lost or overlooked. 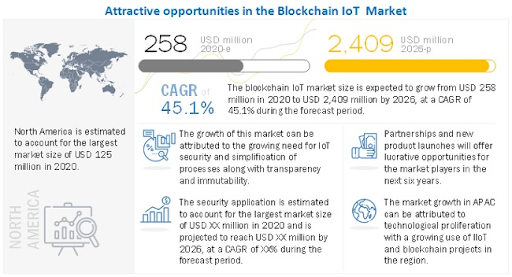 One of Blockchain’s most exciting & compelling use cases is digital identity. In a conventional identity system, users have to prove their identity by providing some personally-identifying information, like a social security number or driver’s license.

With a distributed ledger system, users don’t have to give up any personal information to set up an account; instead, they can prove their digital identities using cryptographic signatures.

This allows people who need it to preserve their anonymity while still making transactions on a public network.

The best part about using a blockchain to enforce smart contracts is that it takes out all the intermediaries involved. There’s no third party to hold any funds or manage transactions, and you don’t have to pay a penny for enforcement.

Smart contracts are, after all, self-enforcing. You don’t need anyone or anything to facilitate your deals except for an internet connection and a digital signature.

Suppose your contract contains a clause saying that X amount of money will be delivered every 30 days, once verified on the blockchain ledger (which can also serve as an irrevocable receipt). In that case, neither party can claim otherwise if they don’t deliver. 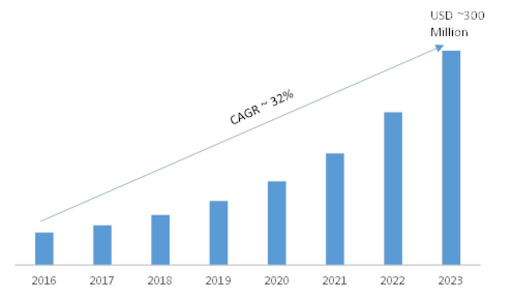 The music industry has been plagued with artists finding it challenging to track royalties owed to them by distributors. Blockchain technology can change all that.

The Blockchain can serve as a distributed ledger to record every song sold, transferred, and streamed. Each transaction is immutable; it can’t be hacked or changed once recorded on the Blockchain.

That means that whenever a song is purchased or streamed, the artist can be sure they’ll get their cut without having to trust anyone.

There’s no denying that Blockchain is a disruptive technology—one that has real potential to transform industries across every economic sector. The opportunities for Blockchain are seemingly endless, but it’s essential to keep these opportunities from bleeding into buzzword territory.

Many people working with blockchains do so with good intentions; however, before developing your blockchain project, you should make sure there’s a clear use case for it and that it benefits your intended users. Otherwise, there’s a chance your project will end up in the wrong hands.

The most important thing is to find a problem that’s actively causing difficulties in your industry and see if Blockchain can provide a solution before diving headfirst into the technology. You can even hire blockchain developers in India to help you create your blockchain solution.

Our Brains Cause Resistance: why change management initiatives get opposed

How Businesses Can Improve Internal Processes to Improve Customer’s Experiences?