Thirty years ago I sat in a factory office with my head bowed low, looking at the dirty grey lino floor.  My boss, a middle-aged, overweight man wearing a white coat smeared with ice-cream was berating me in a broad west country accent.

Apparently I was wasting both my time and his.  I would be far better off if I stopped faffing about with my computer and did some proper work (my words not his).

This was the late 80’s, my boss wasn’t big into computers.

I had just taken possession of my first copy of Lotus 1-2-3.  Some of you may remember it, it was the predecessor to the ubiquitous Microsoft Excel.

I was busy working out how much ice-cream we could get on a lorry.  I’d worked through the calculations:

So far so good…

Then I’d refined and improved my calculations adding:

Then I’d created a whole host of combinations of carton filling and stacking patterns.  I was very proud of myself.  I’d worked out how to squeeze 1,032 extra choc-ices on a truck.

All calculated to three decimal places.

Precision is not accuracy

By boss took one look at the spreadsheet and rolled his eyes towards the ceiling. He pointed out that for all my variables, data and fancy calculations, the only thing we could be sure of was that my final number was flat-out wrong.

He gave me a thermal coat and sent me and my mate into the cold-store (minus thirty-two degrees centigrade, bloody chilly). We spent the next two hours stacking pallets then went back to tell him what we’d found out.

For some reason he didn’t fancy coming into the cold store to have a look himself.

His point was simple

Pulling together a spreadsheet and running some numbers is all important. But…

Worst of all I was wasting time not coming to a conclusion.

As he put it.  My obsession with accuracy was stopping progress (that’s not what he said, his terminology was cruder).  Cutting hairs over and over again was not going to get me a more accurate outcome.  Nor was it going to get any more ice-creams on the lorry.

Analysis by itself is a pointless exercise

It doesn’t take you anywhere unless you act on it.  Even then it isn’t enough to act, you have to learn from your actions.

A few freezing hours later we had come to a much more workable solution.  It transpired I’d forgotten to include the weight of the pallet…

I went away to refine (and simplify) my spreadsheet and persuade the factory manager to change the stacking pattern.

It is better to be approximately right than precisely wrong

If you are analysing something, first create a simple, straight forward spreadsheet that gives you some insight into what is going on.  Then test your assumptions and learn from them.

Running endless spreadsheet scenarios just consumes time.  After all that work, the number you end up with will be precisely wrong.

The greatest works of fiction are written on spreadsheets ~ Anon 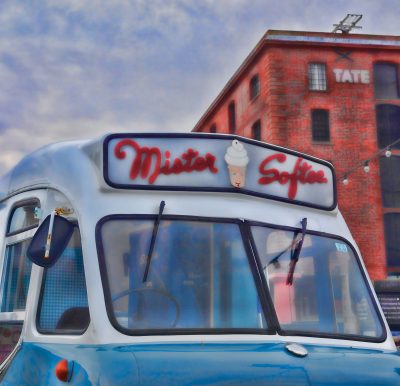 P.S.  I prefer Microsoft Excel to Lotus 1-2-3.  It has so many more options for making your spreadsheet look pretty.  You can even colour code it to match it to your PowerPoint. After all, if you have nothing insightful to say, it is always best to make it look impressive…