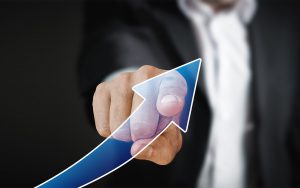 As the number of global warming doubters dwindles, so it is few people deny sellers get involved in buying cycles today later than ever. Many vendor responses to changing buying behavior have been belated, flawed or tepid.

In the late 90s vendors appeared to be in a race to see who could post the largest amount of product information on websites. While the intent was to increase top lines, this action ultimately had many undesirable consequences. The most significant was ceding control. Prior to websites, people interested in new offerings had no choice but to contact sellers who parsed out product knowledge as they saw fit. Sellers contacted had a unique opportunity to become Column A (vendor of choice) if initial calls went well. Other vendors (B, C, D, etc.) would be brought in later to buying cycles.

The deluge of inbound activity caused vendors to give marketing responsibility for nurturing.

This was logical as sellers should work on opportunities that can close this month, quarter or year. Without fanfare and lacking a plan the long-awaited integration of sales and marketing began, but few B2B vendors with complex offerings were aware or concerned that:

Ironically, vendors made changes based upon actions of researchers, not buyers. It’s a lose-lose proposition. Sellers waste time with people that can’t buy. Executives of many prospect organizations have lower level staff wasting precious time.

Surveys are in a continuous upward spiral in the percentage of buying activities completed before sellers get involved. The highest to date was 80% and I strongly disagree. While 80% of product evaluations may be complete several other things must happen before a check or PO can be issued: budgeting, identifying potential business outcomes, doing a cost vs. benefits, evaluating the financial viability of vendors, checking references, getting on approved vendor lists, etc. With all the purported ongoing “buying activities” why has top line revenue growth been so difficult to achieve?

No Goal? Not a Prospect

About 10 years ago I worked with a telecommunications company. A VP of Marketing attended a workshop and took the first core concept of CustomerCentric Selling® to heart: No goal means no prospect. We say buying cycles don’t begin until a buyer shares a business goal they want to achieve through the use of an offering.

Her company had bought a booth in an upcoming trade show. Most attendees would be techs interested in products but weren’t levels that could buy. Past shows had generated poor leads. She asked what could be done to change that.

My suggestion was to print T-shirts attendees could only get after answering a question: The last time your telecommunication system went down what name/title was most upset and how was their their day disrupted? They ultimately got fewer leads but higher-level entry points and an idea of business issues to focus on.

Time for a New Approach

Sellers getting invited in product evaluations with people who can’t buy isn’t working. Electronic touches targeting executives doesn’t work. Column “A” win rates when starting at Key Player levels will be much higher. Out of the box thinking is needed.

I recently identified a F500 company that was a candidate to use some of our IP with one of their offerings. I reviewed their 2016 annual report. The chairman’s summary of past results, current challenges and future objectives gave me insights to an entirely new market segment that had great potential.

A one-page letter was drafted that leveraged what I learned from the annual report, gave a glimpse of the collaboration opportunity and asked for a referral to the right person. The letter went out via snail mail. My expectation was the letter was routed by the admin to another executive.

Four days later I called corporate headquarters, was thoroughly screened as to who I was and what I wanted to discuss, and the receptionist put me on hold. After about a minute she indicated the chairman’s admin was busy and suggested I call later, which I agreed to do. 45 minutes later I got a call from an SVP who the chairman had asked to contact me. We’re in discussions about doing one or two pilots. It was an unexpected surprise the chairman got involved.

Things must change in lead gen. Most inbound contacts should be viewed as coaches that can potentially give sellers access to higher levels. This requires “bottom-up” strategies. A personalized letter from a seller that has done research allows “top-down” strategies and if successful the ideal situation of taking execs from latent to active need so that sellers can start as “Column A” vendors and likely see shorter sales cycles and higher win rates.

Given the volume of inbound, marketing should leverage electronic qualification. Reaching out to senior executives should be done by senior reps that do research in choosing what issue to lead with. A seller’s quality of life is far better when they start at high levels and establish themselves as Column A.