Howard Brown
RingDNA
Howard Brown is the founder and CEO of ringDNA, where he fosters an innovative, fast-growing and collaborative culture. A three-time entrepreneur and former clinical psychologist, Howard’s thought leadership on sales, entrepreneurship and artificial intelligence has appeared on Bloomberg TV, FOX Businesses, Forbes, and Entrepreneur Magazine, and he is a frequent speaker at industry conferences such as Dreamforce and AWS Reinvent. Howard has been listed as one of the 100 Most Intriguing Entrepreneurs of 2019 by Goldman Sachs, and a top CEO according to Comparably. 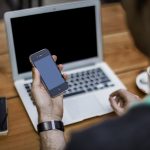 How to Engage with Prospects in a Remote Selling World

Howard Brown - October 19, 2020
Budget cuts, requirement shifts, and staffing shortages have upended buyer behavior, causing deals to be put on hold and markets to shrink in size. But quotas remain, and sales reps must capitalize on every deal they have. Before the COVID outbreak, Gartner reports that...