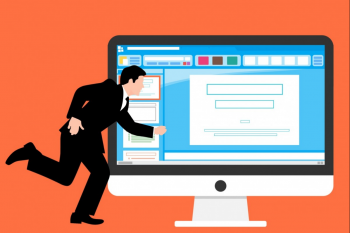 “Do what you do best, and outsource the rest.”
–Peter F. Drucker

The most impactful derivative of globalization is the capability to outsource. It is about the right talent, time economy, and immediate scalability– much more than mere externalization of work to low-cost destinations.

As per Deloitte’s 2018 global outsourcing survey, IT continues to be the most commonly outsourced function where 87% of the respondents stated that they are inclined to increase the level of outsourcing.

Outsourcing provides a level of operational flexibility that is instrumental for organizations under aggressive expansion and strategic diversification. Outsourcing software development has been a key driver in many success stories, enabling firms to compete in new territories with a limited budget and core-team size.

Below is a six-point prescription for assured success through software development outsourcing.

Most of the companies, especially the ones in the growth stage, fail to assess the need for subcontracting software development. One needs to find definitive answers for the below listed three questions:

1. Is the in-house team capable of undertaking the project?
2. Will hiring a team for the project be an efficient option?
3. Will the complete project or specific development stage(s) be outsourced?

The decision to outsource should be arrived at in the light of allocated budget, skills of the in-house talent, time-efficiency, opportunity cost of software development, and long term goals.

Unless the need to outsource is clearly defined and documented, there is a risk of dissatisfaction. Many clients get disenchanted even before the end of the contract because they felt that they could have done it themselves i.e. insourced.

The decision-makers should note that the cost is just a factor, and cutting cost should not be the sole need behind outsourcing. Considering only the cost might be a short-sighted decision, precluding you from choosing the vendor with a higher cost but superior capabilities.

It is important that the needs be discussed with the outsourcing partner. Both parties should agree that the deliverable is the best fit financially viable solution. For example, a company needed a cloud-based solution in the replacement of a legacy platform. They contacted three vendors where one suggested to keep one functionality on-premise as it would need extensive refactoring that won’t be risk-free in the light of upcoming business surge. The vendor also suggested to extend the timeline and re-architecture the app in the second phase where they would have the opportunity to conduct extensive testing.

Such insights can be obtained upon discussion instead of taking a decision after simple guesswork. It is recommended to discuss with at least two vendors instead of plunging directly into the development.

Defining goals of a software development project is the standard practice. But it becomes imperative for trust between the client and vendor when the project is outsourced, complete or in parts. Especially for teams working under Agile environment, defining goals of the project is critical. Because such teams deliver frequently on working software.

The end goals of the software development– new app, new features in the app, cloud accessibility of the software, improved UI, automating a manual task, or integration with newer platforms, etc. should be defined.

Defining goals and KPIs is important for measuring success upon outsourcing. For example, if the project requires additional resource during the course, the decision in the best interest of achieving goal can be made.

Documenting goals also prevents Scope Creep, which is the expansion of goals as the project progresses. Unless both parties are on the same page concerning project goals, issues like budget bloat, client dissatisfaction, missed deadlines, and increased cost mar the project.

As per a research by PWC, mistrust between service providers is one of the reasons why many outsourcing deals collapse before the contract ends. Hence, as a standard practice of software development ethics, the agreement between the client and outsourcing vendor should be documented.

Software development projects where one or a few stages are outsourced under a longer duration development cycle, require clear documentation for integrating the outsourced stage with the rest of the project.

To realize the strategic benefit of software development outsourcing, milestone planning is important. Both the parties should agree upon the following three pointers:

On the client side, clearly defined and realistic milestones helps to track KPIs, budget estimates, and the progress in general. Vaguely defined milestones are not measurable and hence can’t be questioned in case of unpredictable challenges.

Software development projects where initially an MVP is released before the full-functional software need two set of milestones for the respective products. These projects are usually long-duration and require frequent changes as per the end-user feedback, hence it is important to set milestones to prevent scope creep.

When project goals are clearly defined along with realistic milestones, it is easier to assess the progress. In Agile environment there are good tools to measure and report progress on software development. Unlike measuring the progress for only one KPI i.e. delivering the build; progress can be assessed for team collaboration and time efficiency or velocity.

Comparison between different sprint-runs can reveal insights like bottle-necks in SDLC and how to better plan for overcoming them in future. A detailed report of the progress can be requested from the Project Manager to see if timelines are being met with efficiency.

Outsourcing software development facilitates hiring talent with niche skills and substantial experience. But their efficiency is maximized when the project is elaborately planned and KPIs are mutually agreed. A successful outsourced project requires trust between client and the vendor, which is a collective responsibility.