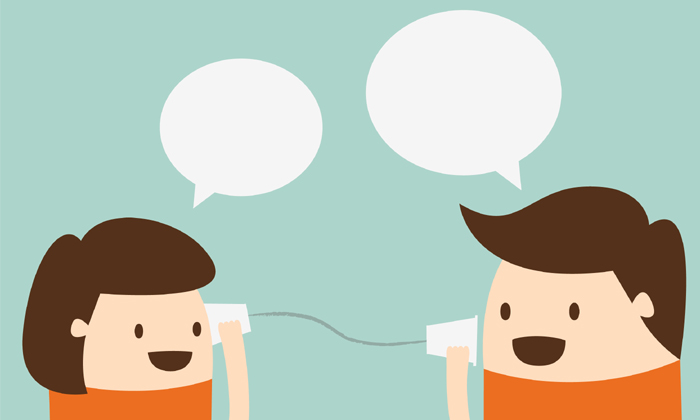 Although customer reps tend to stick to their script most of the time, they don’t hesitate to go an extra mile when the customer desires special attention. In fact, it is a silver lining in otherwise boring, monotonous life of a help desk executive. When you receive that absurd email about a guy who lost his invisible dog and is seeking your help or about that little girl who writes support emails in verses and expects you to do the same.

As a customer rep guy, you are supposed to answer everyone even the customer who opens the conversation with a marriage proposal and even borderline spammers.

Well things might not turn all that very well every time; they may take an embarrassing detour every then and now. But when they get going, they only get interesting.

I have four example that show how support desk ‘scripts’ are outright boring and annoy customers every time they have to hear them. “Sir, how may I help you?” and “Is there anything I can help you with?” have come to define the customer support industry.
But with people seeking support on Twitter, Facebook and even Instagram, the industry is giving free wheel to their reps if the customer on the other side is on a sloppier side too.

When ASOS, a British online fashion and beauty store, received a support ticket in ‘Stan’ style, the representative entered in complete ‘Eminem’ mode while relying to the email yet addressed his concerned

So rather than writing the same plain, obvious email, he took to Facebook to share his outcry with ASOS in full ‘Stan’ style. The whole email was actually rhymed and had every punch of Eminem’s lyrics. He even called himself the biggest fan.

ASOS’ rep too replied in Eminem’s style and true to everybody’s belief the whole conversation became viral and received more than 1000 ‘Like’, 200+ ‘Share’ and around 100 comments. In addition to ASOS Facebook, a few Eminem fans also joined the conversation and appreciated the etailer for praising the ‘Rap God’.

2.Freebies never go out of fashion

Lego is well known for its exceptional retail customer services, except its customers are not grownups but children as little as 3 YO. The support executive has to be extra cautious when dealing with kids.

So, when a 7 YO Luka lost Jay ZX from his Ninjago kit he bought with his Christmas savings, his dad told him to seek the help of Lego support. So he wrote them the cutest email you would have ever read.

The letter touched customer support executive, Richard, who not only readied on sending him a free replacement but also but also a bad guy for Jay ZX to fight with, proclaiming Sensei Wu ordered him so.

The way the support person dealt with the 7YO kid really took my heart. He gave up his scripts and replied to the kids in his manners—what he felt would make the kid happy.

3.Customers are hungry for generosity

Zappos seldom compromises on its customer service and most of the customer issues are solved even before they are raised. If at all, its customers raise a ticket from the within the app or drop an email to the support. So when a Zappos fan took to Facebook to share his anguish about a late delivery and compared Zappos with Dell customer care, Zappos took the matter in its hand upon realizing it was indeed its mistake which made the customer suffer.

To make sure they don’t lose the customer and the spectators (the FB post was public), they offered the girl $50 off on the order.
Zappos support executive knew there was no way he could deliver her order on the day he wanted it on. The rep displayed empathy to Donna’s cause while not disacknowledging his helplessness to undo the mistake; he did whatever in his power was to make her happy.

A regular conversation between Amazon Support executive and a customer awaiting his product soon turned into a father-son rhetoric, except father was Odin and son—Thor. The amazon agent was accidently named Thor which made the customer to ask if he could be his father, Odin.
The agent not only accepted but also replied in Odin’s style, addressing him as father. By the end of the roleplay, the customer had received a full refund. Thor made him to reorder the book and added complimentary “one-day delivery” to it.
Whatever the problem was, the customer and the executive had a great time playing the game, which also solved his problem, made him appreciate Amazon and end the conversation on a funny note. He is definitely coming back on the marketplace.

Your customers are humans and they need another human to talk to. If your service executives talk in ‘scripts’, it’s only going to make the customer who came seeking help even more unhappy

Elves Rule: Employees ‘Make’ The Customer Experience, and Should Be Recognized for It

You have loyal customers; now what?

What should B2B sales leaders be prioritising in 2022?