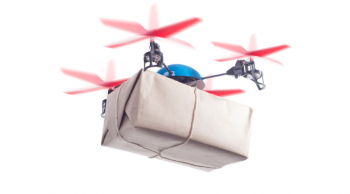 By now, most shoppers have already unpacked their holiday purchases from Thanksgiving weekend. So now, let’s unpack just what all those orders mean.

More than 186 million people shopped in-store and online over the five-day period from Thanksgiving to Cyber Monday, according to the National Retail Federation. While that’s slightly less than 2019, it is more than 2018’s nearly 166 million, and 44% more shoppers shifted their buying to online.

Those were the headlines from which retailers can plan the season. However, within all that spending one could detect subtle variations in behaviors that potentially predict not-so-subtle changes in what shoppers expect from their retail experiences in 2021.

So What’s The Story Behind The Big Black Friday Numbers?

When one digs into the figures that sum up the holiday weekend’s big shoppers trends, four under-the-radar movements are revealed that could lead to the following significant consumer, and retail, shifts.

Delivery could be the new experiential differentiator. “I want it now” is an expectation, not a plea. Amazon, which expanded its warehouses and delivery systems to ensure it could fulfill more orders, is now expected to claim up to 42 cents of every dollar spent during this holiday season, compared with 36 cents in 2019, according to Wall Street firm Truist Securities. But securing the vehicles to get those boxes to shoppers is as important as the warehousing, as some major retailers learned the hard way. The United Parcel Service told drivers on Cyber Monday to cease picking up packages from Nike, Macy’s and others, because they had already reached capacity allocations. The time is ripe for alternative delivery solutions and tighter scrutiny on delivery costs. Look on the horizon –  Amazon’s drone fleet won FAA approval in August.

Drive-thru shopping may become a thing. Happy Meals, meet snappy deals. As more shoppers migrated online, in-store foot traffic declined 52% on Black Friday, year-over-year. This sharp decline, combined with the high costs to retailers for online shipping, hastens the need to offset store expenses. Most major retailers offer buy-online, pickup in-store as an affordable alternative, and it ensures customers get what they need when they need it. Shoppers likely will soon expect stores, particularly those in malls, to offer complete curb-to-trunk delivery. Who knows, maybe some traditional malls will retrofit to accommodate drive-thru lanes, through which shoppers can conveniently pick up their orders. The convenience store chain Wawa is planning its first drive-thru store in New Jersey.

The mobile experience must be optimized for a wider audience. Spending via smartphones accounted for 46.5% of all holiday sales on Thanksgiving Day and 40% on Black Friday, according to research by Adobe Analytics, which tracks online shopping. Many of those shoppers were likely in their 60s and older. As I wrote in November, the pandemic is forcing more seniors to adapt to retail technologies. As they do, they will likely invest in newer, better-accessorized smartphones, which means more mobile-generated retail sales. In September, 42% of consumers already planned to buy new mobile devices during the holiday season, according to a national survey by MRI/Simmons. Retailers should ensure all of their digital experiences are personalized for the needs of all age groups, with color schemes and letter sizing that make for easy browsing.

Shoppers will require even less convincing to self-indulge. After nearly 10 months of saying “no” to eating out, family gatherings, vacations, spa treatments, play dates, concerts, museums (you get it, the list goes on and on), shoppers feel they are entitled to a splurge. This urge to self-indulge could reduce discount-hunting, but retailers should be cautious. Shoppers are conditioned to look for deals. Merchants will more likely see effective results if they promote lower-frequency discretionary goods that are fun and functional – think DNA kits (even for the dog, thanks to a surge in pet adoptions) and smart watches.

Until pandemic-required quarantines are lifted, consumers will continue to purchase their goods – discretionary and otherwise – with exceeding purpose and focus. This means placing high-necessity items within easy reach of the door (or home page), but complementing them with compelling goods that fill the need for comfort and accomplishment.

Holiday sales are projected to reach nearly $760 billion this season. Capturing those dollars is just a matter of meeting basic consumer expectations, which won’t change; they still want retailers to meet them where, when and how they shop, and (yes) at a good price. But make no mistake, the experiences behind every one of those dollars spent is presently forming retail’s new model.