She has a face that could launch a thousand sales; now retailers have to recognize when her mind is open to them. 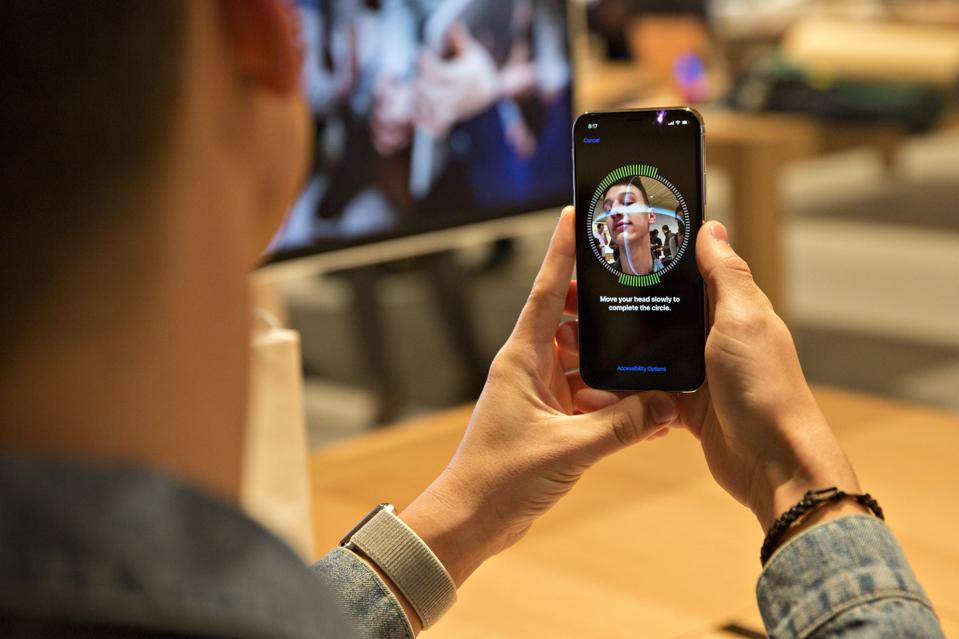 The inclusion of facial-recognition software in personal devices, such as the iPhone X, is expected to accelerate the mass adoption of the technology, and that could change how people shop. More than 1 billion smartphones will include facial-recognition features in the next two years, predicts Counterpoint Research — that’s 64% of all smartphones in 2020, compared with 5% in 2017.

Consumers already are recognizing the technology’s value. More than half (54%) of Americans plan to use facial recognition to protect their personal data, according to research by FaceFirst, which provides facial-recognition systems to retailers.

But are shoppers ready for their faces to be used for commercial needs? A lot of people shop on their phones, so logic suggests facial recognition could gradually lead to significant changes in the retail experience.

Bridging from theft prevention to personalized marketing entails significant responsibility, however — and the promise that the data will result in surefire experiences and offers.

Some retailers are willing to prove they are up to the task. The many ways in which facial recognition can be used in retail were on display at the National Retail Federation’s annual expo in January.

The California eatery CaliBurger, for example, is linking facial recognition to its loyalty program, a relatively safe bet since loyalty members have agreed to share personal data with the brand. The software, installed in ordering kiosks, recognizes registered members as they approach, activates their loyalty accounts and, based on previous purchases, can display their favorite meals (and maybe suggest seconds).

Ideally, it will condense transaction times to seconds as well. In a press release, CaliBurger described the technology as a “key stepping stone toward replacing credit card swipes with face-based payments, which is our goal for 2018.”

Also demonstrating facial recognition at the expo were Samsung and AT&T, which use it for aggregating demographics, store-traffic patterns and other data. Intel showcased the software in a candy-store mock-up, where a camera recognized shoppers and then sent store associates their names, past purchases and recommendations for candies that hit their data-defined sweet spots, according to a report in COLLOQUY.

There also are efforts to equip employees with the technology. A smart-eyewear product by the SAP Innovation Lab, detailed in Forbes, can feed employees key customer metrics at a glance. The technology is expected to develop into typical-looking eyewear that can track the human face the same way the internet cookies track shopper browsing sessions.

“Forget recognizing them as explicitly known customers and instead track them as sessions that can be used to build segmentation and sales-cycle analytics,” said Drew Bates, SAP’s head of product marketing.

Regardless of whether the customer is explicitly known, the technology is still prone to creepiness, so its acceptance hinges, heavily, on security capabilities and what it delivers. This could be accomplished through shopper opt-in requirements and reinforced data storage of shopper behaviors — not identities. CaliBurger, for example, emphasizes that the software it uses will not store the facial images.

Actually benefitting the shopper, however, can be tricky since those benefits will have to be evident and in real time. Here are a few ways it can be done.

Bring online and offline experiences face to face. Online shopping has enabled retailers to build thorough consumer profiles by bricking together the activities of various online sessions. They’ve had few reliable methods for understanding how that digital behavior transitions to the physical store, though. Facial-recognition software could enable merchants to connect their customers’ online and offline behaviors and structure boundary-free shopping navigation. The shopper can, for example, order her groceries online and the in-store facial-recognition cameras can produce her order as soon as she approaches.

Express better understanding. Facial-recognition software can collect data that reveals not only basic demographic information, such as age, gender and race, but also the areas of the store where a shopper lingers, how long it takes to choose a particular cereal and — importantly — what mood the shopper’s expression conveys. Walmart has patented technology that would enable cameras to capture shoppers’ facial expressions while in the checkout lines so it could measure levels of dissatisfaction (or, one hopes, satisfaction). These findings, across the board, could enable retailers to finetune their in-store displays and real-time promotions while also localizing the pain points causing those pained looks.

Prevent theft. Theft may sound like a retailer problem, but it trickles down to shoppers. Theft cost retailers roughly $50 billion in 2016, the most recent year for figures, and a lot of those costs are passed down to consumers in the form of higher prices. Theft, particularly when organized, also reduces the availability of certain products. Most shoppers (56%) are open to using facial recognition to guard against crimes such as shoplifting, according to the FaceFirst survey.

With digital devices already putting facial recognition into the direct power of people, the technology is poised to spread dramatically. The role it will play in retail depends largely on how well the industry expresses its intentions, and how well it recognizes the fact that shoppers already know what retailers are thinking. Opening their minds means telling them clearly what’s in it for them.