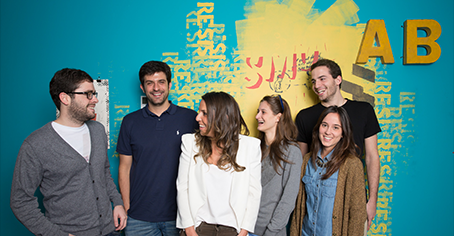 With over a hundred million daily active users contributing to ten billion views daily, Snapchat has emerged as a social media platform worthy of a brand’s involvement.

Raising Purchase Intent
Coaches and MVP’s from the winning team at the Superbowl only dread one moment – being doused in ice cold water after the game. Gatorade wanted its fans to experience the cringe worthy moment for themselves so they sponsored a filter which could be activated by bracing for impact. This would be followed by a Gatorade cooler being flipped over their heads, drenching them in virtual Gatorade. The campaign earned 160 million impressions and had users spending up to 30 seconds on the lens, working hard to get their reactions and settings just right for “My Story”. Millward Brown Brand Lift Insights noted an eight point increase in Purchase Intent and the filters were played over 60 million times.

Raising Donations
With just three dollars, 10 days of life saving HIV/AIDS medicine can be provided in sub-Saharan Africa. That’s what The Bill and Melinda Gates Foundation promised (RED) for every Snapchat user it could get to use its filters raising AIDS awareness. So (RED) partnered with Snapchat and sponsored filters created by Tïesto, Jared Leto and Jimmy Kimmel. Everytime a Snapchat users applied the filter, a donation was made. The campaign launched on the 1st of December, World AIDS Day, and lasted 24 hours. According to Millward Brown Digital Audience Insights, the campaign reportedly reached 14 million Snapchat users and 76 million views. That’s 14% of Snapchat’s users, which means (RED) raised US$ 42 million.

Selling Tickets
Earlier this year, Marvel Entertainment tapped into sponsored lenses, allowing Snapchat users to take on the form of the “good guys” and the big bad in their forthcoming “X-Men Apocalypse” movie. While there were clear engagement goals in trying to hit a targeted number of users that use the filters and share them on social media, the conversion element was even more well placed. By swiping up, users were able to get early tickets to the movie through Fandango or Movie Tickets. So the measurement here was for what percentage of the intended audience used the lense and what percentage of those bought the tickets.

Blurring the line between influencer marketing and user generated content, brands can also design and sponsor their own geo-filters for special events like Raya, Christmas or Diwali. As the name suggests, the filters become accessible depending on the location of the user, so be sure to tie this solution in with your physical points of sale that are presenting during the event thronged by your intended audience.

To conclude, as a social media marketing platform Snapchat is valuable for engaging with an always on audience and for facilitating the creation of user generated content. It entirely depends on how best a brand or an agency chooses to capitalize on the advertising platforms available and create authentic & valuable content for the users to enjoy.