When I went to see Top Gun 2 with my family, and we loved it so much that we went to see it a second time, this experience really got stuck in the part of my brain where I gather all of my favorite pieces of CX. It got me thinking: “why is this movie so hugely successful?”. And my conclusion was that it was “just” easy, simple and old-fashioned ‘feel good’ done right. Read more about what I came to call “the top gun effect” here, if you’re interested.

I firmly believe that the way to be successful in CX, is to make sure that you are fast, easy, and fun. And I think that this Top Gun effect falls in that last category. Now more than ever, having all experienced some challenging times since the pandemic, people are really craving this type of feel good and positiveness. And so I decided to gather 10 cases here of companies that excelled in these domains, offering experiences that may not be life changing or even hyper-efficient, but just plain good serotonin-enhancing fun: the type of experiences that make people really love and remember a brand. Because “People will forget what you said, people will forget what you did, but people will never forget how you made them feel”, as the wise Maya Angelou once taught us.

Probably the biggest drag about the otherwise mostly awesome electric cars is their charging time. For instance, it takes about 25 to 30 mins on average to charge a Tesla Model 3 or Model Y from 20% to 80% state of charge (SoC). Most people however choose to load for a 15 minute session from 20% to 60% SoC because supercharging speed slows down gradually as the battery moves toward a higher SoC. That’s actually pretty fast for an EV, but compared to loading up a gas car, that is still a lot longer of course.

So Tesla came up with a really cool idea in its supercharger station in Hilden, Germany, where it installed a mobile swimming pool so that Tesla passengers can have a good time while their car is getting charged. Is this a world changing idea? Of course not. But it certainly does put a smile on people’s faces and sometimes that’s just what we need.

This is one of my favorite Top Gun effect examples. At first sight, the Magic Castle Hotel is pretty ordinary, just one of many in Los Angeles. But it has one fantasticly unique feature that adds a magic touch to their offering: right beside the pool, they have a popsicle hotline. That’s a bright red phone which, when dialed, will hail a personal popsicle butler with white gloves. 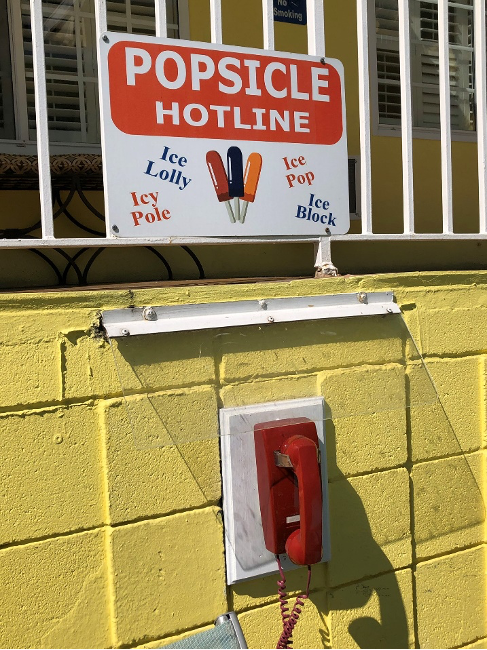 Ship-to-your-home mattress company Casper decided to create a free chatbot specifically for insomniacs that’s super-easy to use. Customers only need to text “Insomnobot3000” from their mobile phones and then they can talk about whatever is on their mind. The aim is to allow them to get a little peace of mind to help them fall asleep. Of course, we should also not be naïve about the fact that the chatbot allows Casper to collect mobile numbers and send promotional offers and discounts. In fact, courtesy of the Insomnobot3000, Casper pulled in $100 million in sales in just the first year of the chatbot’s launch.

A lot of people spent 2020 and 2021 in near isolation, and were eager for normal human-to-human interaction. With that in mind, ridesharing company Lyft partnered with dating company Tinder to help bring their customers together. And so they developed a new feature that lets Tinder members buy a Lyft ride credit for a person they’ve matched with. Tinder calls the feature a “thoughtful gesture while promoting personal safety for those ready to ‘get back out there’ after way too many months inside.” It’s a totally optional feature, and members don’t have to accept any gifted ride, the company stresses.

One of the least fun aspects of taking an airplane, is waiting in line at the terminal. And so, once in a while, the CEO of JetBlue personally hands out drinks and donuts to the people waiting to board their planes. It’s one of their many projects that want to “to bring humanity back to air travel”. Another example is their “People Officer”, who surprises customers on flights and in airports with rewards and gifts. There’s an example of him hosting a game of trivia on a flight, announcing that the winners would receive flight vouchers and giving away a dozen tickets. Another time, he handed out refreshments and donuts to customers waiting at a long check-in line, and even gave away free flight tickets to 60 different cities.

TD Bank, then, created the “TD Thank You Account” with which they surprised millions of their North American customers at ATMs, in branches and on the phone with personalized messages of thanks and touching gifts. There even was a woman from Drayton Valley, Alberta, who was diagnosed with cancer, who received a special vacation getaway with her family. Similarly, when AT&T reached two million fans on Facebook, they thanked them by making over 2,000 personalized “thank you” videos. I thought these were a really warm and creative way of interacting with customers.

A while ago, Fortnite introduced a new limited time event called Food Fight that enabled players to represent their favorite fictional digital restaurant – Durr Burger (Team Burger) or Pizza Pit (Team Pizza) – and then fight each other. The last person standing would be declared the winner. Wendy’s decided to join the game as a form of clever advertising. When they discovered that the burgers from Durr Burger were stored in the freezer, Wendy’s immediately saw a new opportunity to advertise its own “fresh, never frozen beef”. So they created a VR character that resembles its mascot which started to destroy all the freezers in Fortnite’s Food Fight mode, instead of killing the other players. They received a pretty huge response, with more than 1.5 million minutes that were watched on Twitch, where they live-streamed their quest.

At the end of 2020 Google introduced its Hum to Search feature. The concept is simple: sometimes, a melody gets stuck in your head, right, but you don’t know the name of the song or even the lyrics so there’s no way of looking it up. That’s pretty frustrating, right? But Google found a solution for that: all you need to do is sing or hum whatever you remember from the song for a few seconds, and Google’s feature will return the closest results possible that it can find. As opposed to other competitors such as Shazaam and SoundHound, Google manages to create a real emotional connection with its audience beyond simply being a database for songs.

Dutch insurance company Centraal Beheer is really one of my top favorite CX-oriented companies. If you want to understand all the different ways they are building an “Offer You Can’t Refuse”, be sure to check my interview with them. One of the cool things about them is that they don’t just have an eye for simplicity and convenience, but that they try to make the experiences fun too, … even when customers have decided to end their contract with them. The latter, in fact, receive a really warm and fun ‘Forget-Me-Not’ parting letter, filled with Forget-Me-Not flower seeds. This is really a far cry from the distant and almost aggressive relationship which most other insurers have with their customers, and I love how they decide to end the relationship on a really positive and memorable note.

Countdown, one of New Zealand’s largest grocery store chains continuously  monitors customer feedback to keep improving its overall experience. One of their customers suggested that they introduce “quiet hour” in their shops and so they did. And so for one hour each week, stores across the country dim their lights, lower the music and stop stocking shelves to create a better environment for customers with sensory issues. That’s really taking care of “feel good” moments for people who have other-than-average needs and I think that that’s beautiful.

So you see, to excel at creating memorable customer experiences, it’s not always about intricate technological and expensive implementations or even aggressive investments in staff. Sometimes it’s just about implementing quite simple measures than can turn an average or even negative experience into one that is super-fun and unforgettable. So my question to you is: what could your company do to add a little sparkle to situations that are often perceived as tedious?